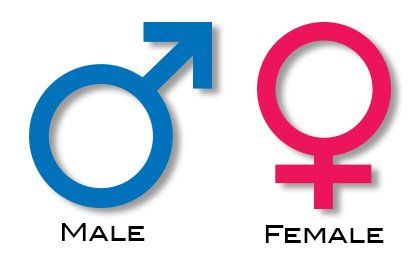 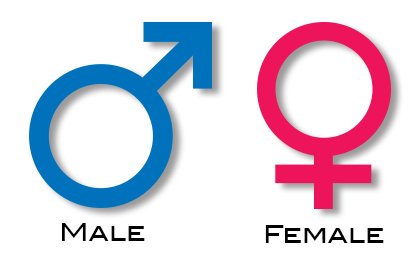 Many articles have been written about the ways men and women communicate differently. From a neurological (i.e. biological) perspective, the male and female brains process intellectual thought and emotions, and therefore communication, differently. However, we all have a male and female side, so to speak, so whether you are a man or a woman, you might find yourself switching from the “he” or “she” role and back again. Because of that, knowing these styles can be just as helpful to same-sex couples as they are for straight couples.

Here are six compare-and-contrast methods of communication that we all do at times:

The male side wants the conversation to have a clear cut, straight forward reason. Communication is about problem-solving or making a point. Think about the male symbol of the circle with an arrow coming from it—straight to the point. Communication is about getting to the heart of the problem and solving it in the most logical, coherent, and effective way. He wants to fix the problem.

The female side uses the act of communicating to explore her feelings. She isn’t necessarily looking for a solution, just talking about it makes her feel better. She is sharing her thoughts, feelings, troubles, and concerns with her partner. Think about the female symbol of a circle with a cross at the bottom—the points of the cross go outward in every direction. Through sharing, she is expelling that negative energy and emotion outward, dispersing it. She doesn’t want him to fix her problems, she wants him to listen.

The male side listens with intent. He assumes she is talking to him as a man would; that she is telling him about a problem for which she wants his advice. He wants only the important (to him) details. Go back to the visual of the male symbol—information comes straight in through one narrow point. He listens for hints and clues that will lead him to a firm understanding of the problem so he can then offer a solution, ignoring the parts that he believes are irrelevant. He may even tell her to, “Get to the point,” and then roll his eyes when she doesn’t. Instead of listening to her every word while she’s talking, he’s asking himself, “What can I do to fix this?”

The female side sees the conversation as the means to its own end. She wants all the details and random information. Go back to the visual of the female symbol—information comes in from all four points of the compass. To her, hearing and being heard often solve the problem by itself. Sharing her worries with someone who actually listens to her IS the solution she is looking for. When he says, “Get to the point,” she thinks, “It’s ALL the point!”

The male side seeks efficiency in communication. He wants to be precise, rational, and productive. He omits details and extra information that he believes are unnecessary to the main point. Ask him about his day at work and, unless he got promoted or fired, he’ll probably say it was “fine.” If it doesn’t get him anywhere, he doesn’t see a need to talk about it. He will sometimes even cut her off in mid-sentence if he thinks he’s heard enough to solve her problem.

The female side uses the conversation to explore. She may go from one seemingly (to him) random, dead-end point to another as she organizes and analyzes her thoughts and feelings. She may not know something is unnecessary until it has already come out of her mouth. Ask her about her day at work and she’ll tell you everything she and everybody else said or did. As she is speaking, she is sorting through that information, deciding what is worth keeping and what is not. Throughout these six differences you will notice a common theme—she just wants to be heard.

When the male side is upset or distressed about something, he will appear to retreat or withdraw into himself. He will avoid conversation and appear more sullen (than usual). He might spend more time surfing the net, playing video games, or watching TV; this is his way of self-soothing.

Unfortunately, she often takes this personally. She worries that she has let him down or that something is wrong in the relationship. He doesn’t want to talk about it, but the female side thinks talking about it will solve the problem (see number 1, above). The more she probes and tries to be nurturing, the more he withdraws. He begins to think she doesn’t believe he can solve his own problems; that he’s lost her confidence, so he withdraws further. What she needs to do is give him some space, let him sort it out. Given time and space, he will soon reappear from his “cave” with a smile on his face—he has worked it out.

5. When She is Upset

When the female side is upset or distressed about something, she is more emotionally expressive than her partner. She may cry, cling, and (to him) rant and rave. She may sit in the living room or other common area and stew, with a “don’t come near me” look on her face. She is releasing the negative emotional energy that is pent up inside her; this is her way of self-soothing.

Unfortunately, he often takes this personally. He wonders, “What did I do wrong this time?” He may (incorrectly) pass it off as hormonal or biological in nature (“that time of the month”). He may try to problem-solve with her, which leads her to believe he is not really listening (see number 1, above). He may run and hide, which means he really isn’t listening! What he needs to do is listen attentively, ask questions that show he cares (i.e. How do you feel about that?), and express heartfelt sympathy. She will soon come out of her funk and be back to her usual self.

6. When It All Breaks Down

In a healthy relationship, partners try to meet each other’s needs, but difficulties arise when we don’t understand our partner’s communication style. It breaks down when the male side feels like he is being told what to do. He wants to feel like he is competent and in control of his situation. When he feels like his partner is doubting his abilities, he is hurt and starts putting up walls. Eliminate the “shoulds.” Instead of telling him he “should” do [this], tell him, “You might think about [this] solution,” or “Maybe you could try [this].” Give him input, but let the final solution be his idea.

It breaks down when the female side feels belittled; when she thinks her partner doesn’t take her problems seriously. She wants to know her feelings are important to her partner. Listen attentively and don’t minimize the problem or her feelings. Telling her, “You’re getting upset about nothing,” or–the worst thing you can say–“You need to calm down,” what she hears is that you don’t think her feelings have value. Instead, say “Tell me about it,” or express empathy–“That must have made you angry.” Let her know her feelings matter, especially to you.

If you still feel like you’re getting nowhere, seek a qualified therapist. Sometimes it helps to talk to an objective third party who can help you get over the hurdles and teach the two of you how to handle them in the future.