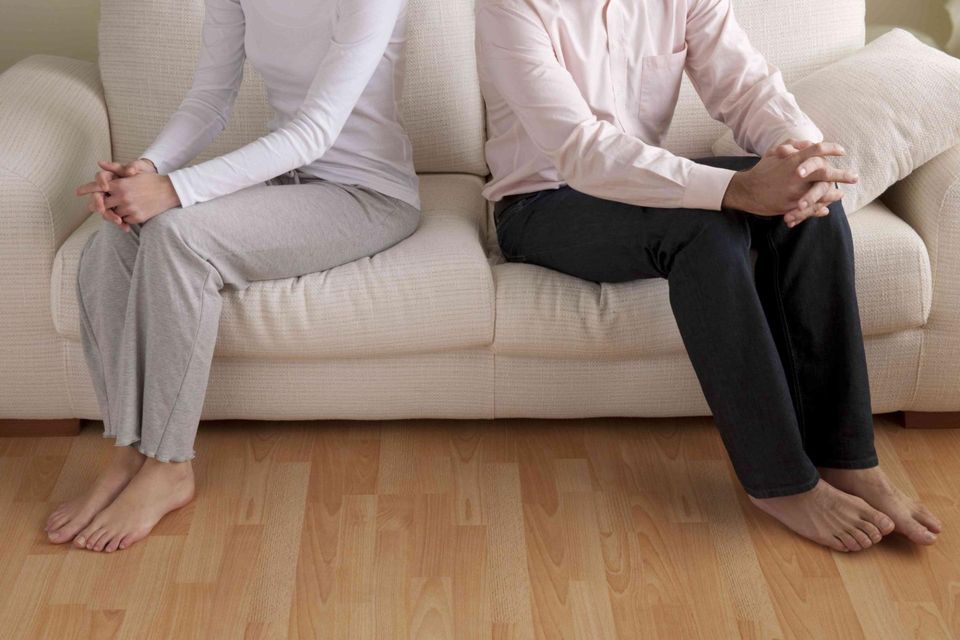 No two people agree on everything all the time. It’s simply not possible. Whether you call it a disagreement, an argument, or a fight, every couple does it. It’s normal. It’s healthy. If you and your spouse never disagree, you have a problem. One or both of you are denying your feelings or opinions, and that will lead to destructive resentment. It’s OK to argue, even to be emotionally invested in the argument, as long as you do it in a loving way.

Always fight fair. This is a list of ground rules for having a fair fight with your spouse or partner. In any fight there may be hurt feelings, but this list will help you avoid hurting each other unnecessarily. Remember, you are with this person because you love them. Treat your spouse with love, even when you are fighting.

It shouldn’t be necessary to say this, but I’m going to say it anyway. Physical intimidation or violence of any kind is never acceptable. This includes hitting, kicking, punching, slapping, pushing, pulling, pinching, hair pulling, slapping the phone out of their hand, backing them up against a wall, getting in their face, standing over them, throwing things, punching walls, slamming doors, or anything else of that nature. Never acceptable. Ever. Under any circumstances. For. Any. Reason.

Before starting, ask yourself, “Why am I upset?” Did you have a bad day at work and your spouse just got on your last nerve? Then it’s not about them, it’s about you. Take a walk, listen to some music, go work out—do something, but don’t launch into your spouse because you need to yell at someone and he or she is there. That’s not fair and it will only serve to build up resentment.

Is it because your spouse squeezes the toothpaste tube in the middle instead of from the end? Isn’t it more likely that something else is bothering you and that was the last straw? Take the time to analyze your own feelings and figure out what is truly bothering you before starting the discussion.

No name-calling, no insults or put-downs, no cursing. Never, ever, EVER call your spouse a bitch, bastard, dick, whore, jerk, asshole, or any other name. Don’t curse at your spouse. Don’t tell your spouse he or she is stupid, worthless, lazy, ugly, fat, or put him or her down in any other way. You love this person, even when you are angry with them. Why would you want to hurt them? “Because I’m angry,” is not a reason, it’s a BS excuse. Wanting your spouse to hurt as much as you do only means that now two people are wounded. Attacking the other person with words changes the argument from being about an issue to being about the person. Attacking your spouse doesn’t solve the issue, it’s cruel and it only escalates the fight. Name-calling or putting your spouse down is childish, petty, and it only makes things worse.

While we’re on the subject, following an insult with “I’m only telling the truth,” or “I was just kidding,” is a BS excuse to justify your cruel words. Don’t do it.

Avoid using absolutes—words like always or never. “You always do [that]! Or “You never help me with [this].” Really? Never, ever? Not even once? Instead, try saying, “It seems to me that you cut me off a lot,” or “I wish you would help around the house more.” Does your spouse really do that thing that annoys you all the time? I doubt it. Try, “I wish you wouldn’t do [that thing that annoys me] so often.”

On the topic of words, don’t say “feel” when you mean “think.” Feelings are emotions, thinking is for opinions. You can’t feel the blue carpet looks better than the green. You can think it, you can believe it, it is your opinion; but you can’t feel it. If you spouse is doing something you don’t like, you don’t feel it, you think it. Say so.

No, don’t. No argument has ever been won by shouting down the other person. Raising your voice does not make your point more true or accurate. In fact, it is more likely to do the opposite. Shouting is for people who can’t make their point any other way.

When you shout, you spouse may shout back, then the argument devolves into nothing more that a shouting match and nothing gets resolved. Or, your spouse may tune you out or retreat (see Stonewalling) and again, nothing gets resolved. Shouting someone down also demeans the other person. Is that the right way to treat the spouse you supposedly love? Remember, you love this person, even when you are angry with them. Act like it.

Memorize this phrase and use it in every conversation you ever have for the rest of your life:

Take turns. Share the conversation. Talking over each other is the same as shouting—it gets you nowhere. Remember,